John Boon was born in Stafford on 9 January 1913, the son of Reginald Percy Boon and Maud Mary (née Allcock). He matriculated at Downing College in 1931, playing Hockey for the College and graduating BA (Cantab) in 1934.

After the outbreak of war in 1939, John joined the RAF and was a Pilot Officer with 150 Squadron when Hitler launched his long-awaited Blitzkrieg offensive on 10 May 1940, invading neutral Holland and Belgium and attacking northern France. As the Belgians retreated, they failed to blow up bridges to prevent the German rapid advance and so the RAF flew daring daylight bombing missions to destroy these vital bridges over the Albert Canal. Pilot Officer Boon and two crew members flew one of four Fairey Battles which set off at 7.50am on 14 May to bomb bridges around Douzy. All four planes returned safely after a successful raid. A second raid in the afternoon, when they were joined by Blenheims and Hurricanes from other squadrons, was less lucky and, sadly, Pilot Officer Boon’s plane was one of several which were lost.

Pilot Officer Boon was killed in action on 14 May 1940, aged 27. He is buried with his crew members in Douzy Communal Cemetery, Ardennes. 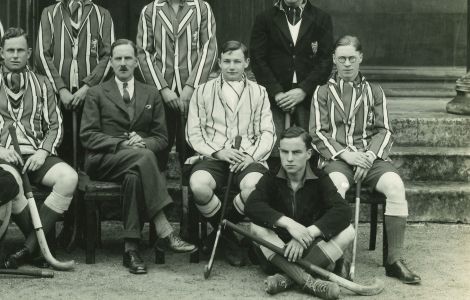