Centenary of the Maitland Historical Society

Centenary of the Maitland Historical Society

The Maitland Historical Society at Downing College was founded on 27 April 1920 in the rooms of Keith Norman Hillson, who was elected as its first President. It was initially named the Downing College Historical Society, but was immediately renamed in honour and memory of Frederic William Maitland, renowned legal historian and Downing Professor of the Laws of England from 1888 until his death in 1906. Membership was open to all members of the College and meetings were held each term ‘for the purpose of Debates, Discussions and Papers on Historical Subjects’, in addition to an annual dinner. In 1926, Maitland’s brother-in-law, the Rt. Hon. H. A. L. Fisher, gave a speech to the annual dinner about Professor Maitland’s life and work.

Over the course of its 100 year history, the Society has continued to provide a regular and varied programme of events for Downing College students and Fellows, even during the Second World War, welcoming historians to speak on a wide variety of subjects and, in more recent years, arranging historical field trips for members. Recent lectures have included ‘Gendered Mobility in South Asia (Professor Samita Sen), ‘Reflecting on Burke’s Reflections’ (Professor Richard Bourke), ‘Haiti, Britain, and Post-Colonialism' (Dr Johnhenry Gonzalez) and ‘William Wilkins: Architectural Symbiosis’ (Professor Richard Wilson).

The College Archive holds a series of minute books and registers dating from the Society’s foundation and detailing visiting speakers during much of its 100 year history.

Frederic William Maitland is regarded as one of the most significant figures in legal history. He matriculated at Trinity College in 1869, changing to the newly-introduced Moral Sciences Tripos and graduating in 1872 with a first class degree, afterwards becoming President of the Union. He was called to the Bar in 1876 and practised for seven years at Lincoln’s Inn before returning to Cambridge in 1885 as a Reader in English Law. In 1887, he was one of the founders of the Selden Society for the study and advance of the history of English law and, in additional to contributing articles for the Society’s annual volumes, personally edited eight of them and reviewed the proofs of every issue. The following year, he was elected as Downing Professor of the Laws of England and moved with his wife Florence into the West Lodge, where they raised their daughters Ermengard and Fredegond. In June 1893, the family played host to the composer Tchaikovsky, who stayed in the West Lodge while in Cambridge to collect his honorary doctorate. Professor Maitland was very active in College, advising on legal aspects of the College’s estates and sale of land to the University. He lectured on law and constitutional history, taught palaeography and published several important books on English law and legal history.

Maitland was a vocal advocate of women in the University and taught female lawyers and research students. In March 1897, in a famous speech during debates by the Council of the Senate on the subject of granting women degrees and full membership of the University, he spoke against proposals for women to receive their degrees at an affiliated university outside Cambridge (which he likened to the waiting room at Bletchley Junction). He helped reach a compromise solution (where women would receive titular degrees) but even this was overwhelmingly defeated

Poor health later dictated that winters were spent in the Canary Islands – with summers spent on academic work and writing - and it was during travel to Gran Canaria in December 1906 that Professor Maitland developed pneumonia and arrived gravely ill. He died soon after arriving, aged only 56, and is buried in the English cemetery in Las Palmas. In 2001, a memorial stone was unveiled in Poet’s Corner in Westminster Abbey in his honour, featuring an inscription from the conclusion of his book ‘Domesday Book and Beyond’ (1897).

The College Archive holds a collection of Professor Maitland’s personal and academic papers, including lectures, and letters to his colleague at Downing (and successor as Professor of the Laws of England), Professor C. S. Kenny. [Contact the College Archivist for more information].

Top image: Portrait of Frederic William Maitland, Professor of Law (1850-1906) by Beatrice Lock (1880-1913) courtesy of The Master, Fellows, and Scholars of Downing College in the University of Cambridge 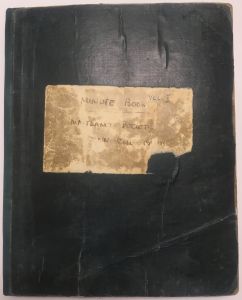 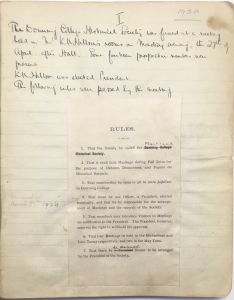 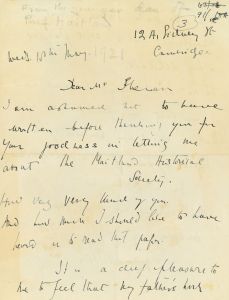 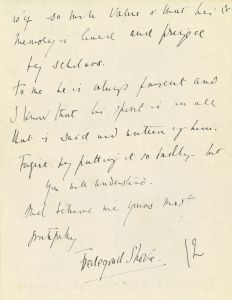 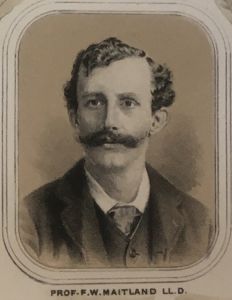 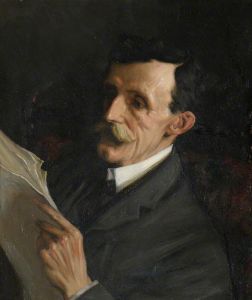