Harry was born in October 1919, the son of Johannes and Christiana Dooyewaard of Ashtead. The family lived in Leatherhead from 1927 to 1940 and Harry matriculated at Downing in 1938 studying Natural Sciences. During his first year he was an active member of the Boat Club, rowing in the 3rd Boat (4) in his first term and rowing in the Lent 1939 2nd Boat (4). After the outbreak of war, Harry returned to the College after transferring to the MML Tripos, studying French and Spanish. He remained in College for the first year of the war, during which air raid shelters were set up and students were packed ‘so far as possible into the New Buildings, two men to a set… and evenings were curtailed by an “eleven o’clock Gate.”’ (The Griffin).

After being accepted by the Fleet Air Arm, Harry was given permission by the Admiralty in early 1940 to remain in College until after his examinations in June 1940, to complete the qualification for his degree (with the three terms’ allowed for military service). He continued rowing, in the 1st Fairbairns Boat in Michaelmas 1939 and, in the 1940 May Races, he was Stroke in the 2nd Boat which ‘went up eight places and covered themselves with glory’. (Sadly, no photographs of these crews have survived in the archive). After being awarded a ‘Special’ pass in his Tripos exams, he had not quite met the requirements for his degree when he was called up for military service in the Navy.

After more than three years’ service in the Navy, Harry finally received his commission in December 1943 as a Sub-Lieutenant, working as a Naval Liaison Officer. His dual nationality made him well-suited for his work liaising with the Dutch Navy, although a letter written to his father after Christmas 1943 described his nerves about his new post.

In the preparations for D-Day in 1944, it was realised that tugs would pay a key role in creating the artificial ports but there was a critical shortage of tugs. Harry was killed on 24 April 1944, when the tug boat he was aboard, HM Roode Zee, was torpedoed by a German E Boat while towing Mulberry Harbour components from Dungeness to Portsmouth. None of the fifteen crew members or the six Royal Navy men aboard the boat survived.

Sub-Lt. Dooyewaard is commemorated on the Chatham Naval Memorial. His suspected death was announced in the Easter 1944 issue of The Griffin:

‘Harry Orme Dooyewaard, of Dutch nationality on his father’s side, was born in England and educated at St. Lawrence College, Ramsgate, where he was a School Prefect and played in his House hockey and rugger teams. He had two years at Downing, and these have been described as the happiest time of his life. His affectionate, open and confiding nature made him a good friend and a good member of a community. He was a rowing man from the start, and presently stroked the First Boat. His latter days at the College were marred by his solicitude for his relatives in German-occupied Holland, and he welcomed the opportunity offered by his double nationality of serving in the Royal Navy in liaison with the Royal Netherlands Navy. This opportunity came to him after nearly three years of hard and perilous work on the lower deck, when, in December 1943, he received his commission. Thereafter he performed duties which do not belong to the chronicle of nations still at war, and met his death on duty. All his many friends, and all who knew him, will deeply mourn the loss of a lovable man, and will join in asking his Family and his relations to accept a tribute of sorrow and sympathy’.

In October 1951, Johannes Dooyewaard, Harry’s father, presented two paintings to the College in his memory. The paintings, ‘A Bali Girl Selling Fruit’ (painted in Bali, 1930-1) and ‘Mongolian Ponies’ (painted in Mongolia, 1926), were painted by Harry’s uncle, Willem Dooyewaard (1892-1980), and originally hung on the walls in the JCR. In early 2019, they were conserved and moved to the newly-refurbished West Lodge function rooms.

Harry's niece visited the College in August 2019 to view the paintings in their new location and kindly donated a collection of papers, photographs and other items relating to Harry's life and military service to the College Archive. The catalogue for this collection is now available via the University's online archive catalogue, Janus. 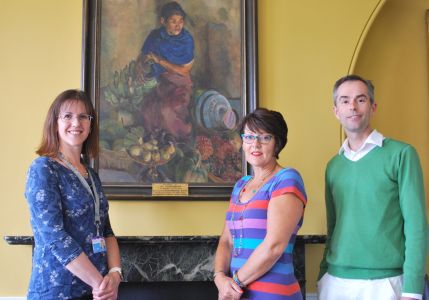 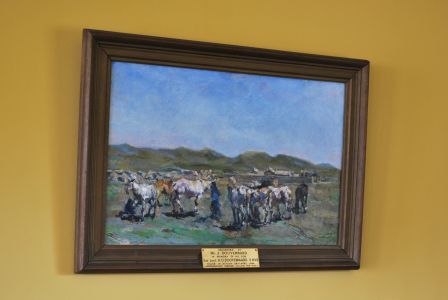 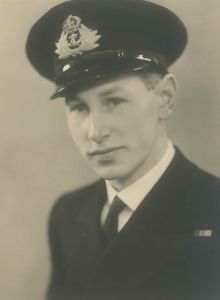 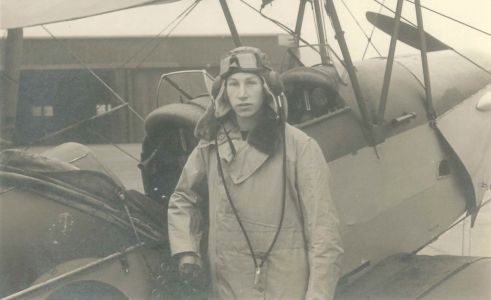 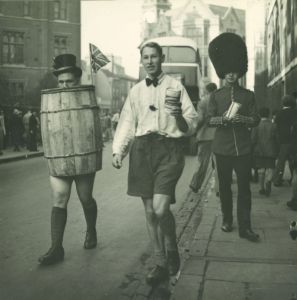 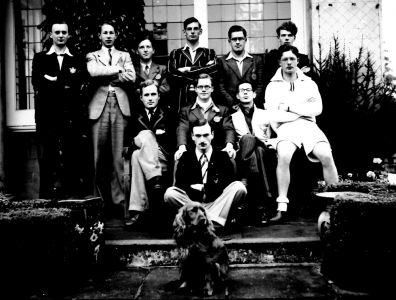 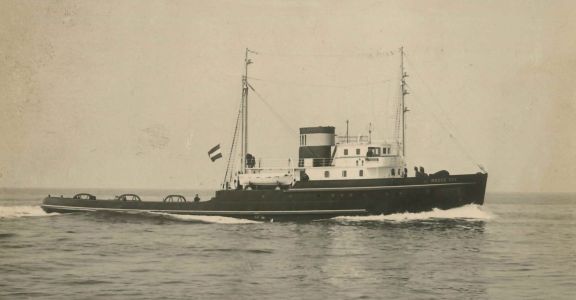 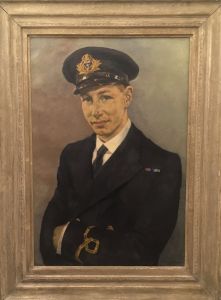