In 2017, the College Archivist began a project to identify Downing's early Black students in support of the Black Cantabs Research Society. Despite the poor survival of early student records, the project uncovered fascinating stories of individuals who went on to make significant contributions elsewhere. Discover more in our online exhibition below (click on the Virtual Archive Exhibition image to open): 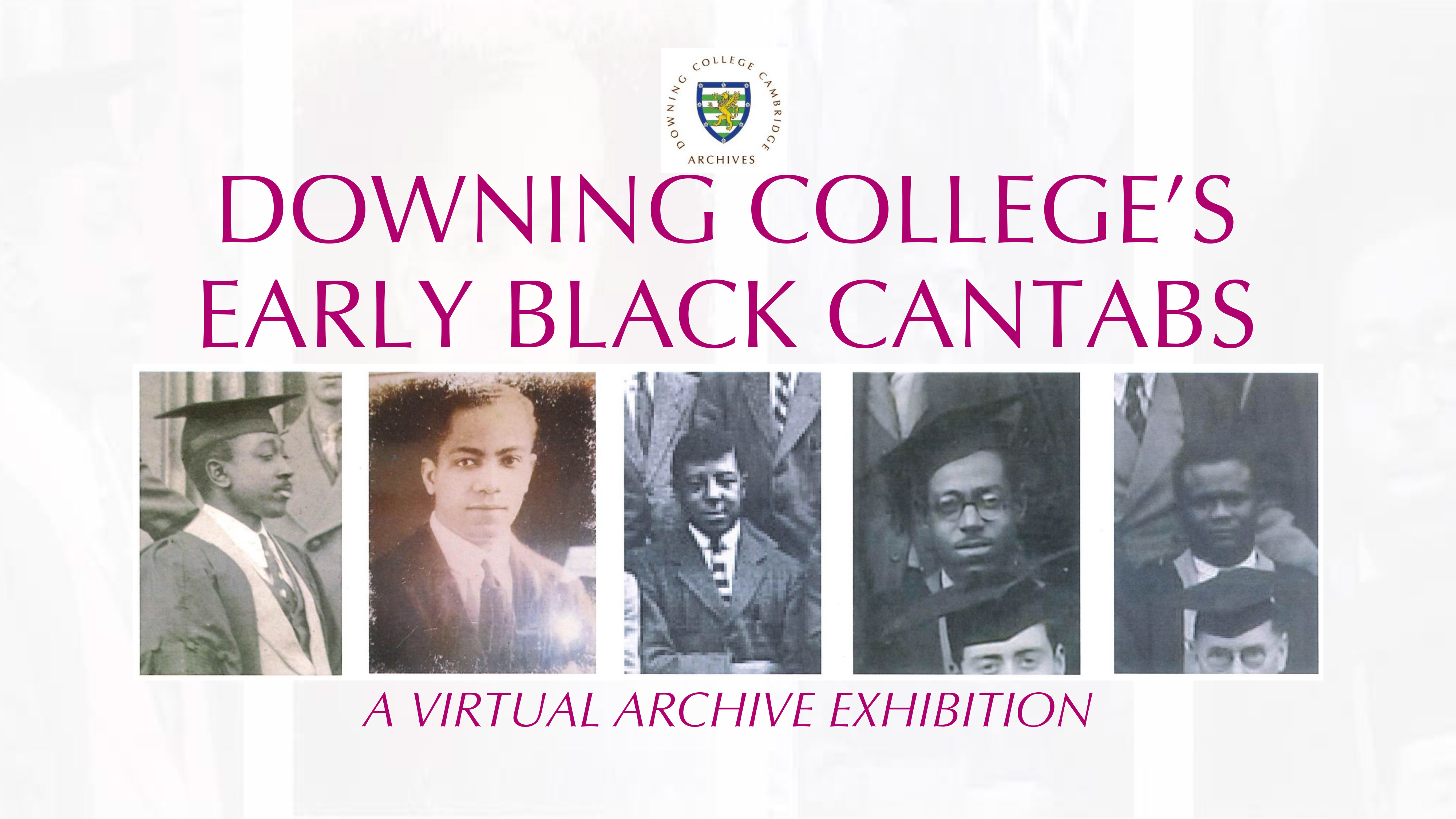 An archive exhibition celebrating 'Downing's Early Black Cantabs' was produced for Open Cambridge and Black History Month in 2018, and the exhibition in the Maitland Robinson Library is still available by appointment. Contact the College Archivist, Jenny Ulph, for more information.

Highlights and profiles of some of those featured are given below.

The earliest identified Black student at Downing College was Benjamin Percy Quartey-Papafio, who matriculated in 1917 to study Medicine (see image gallery below). He was born in the Gold Coast on 14 July 1892, the son of Benjamin William Quartey-Papafio, who studied at Durham and Edinburgh and was the first Ghanaian to obtain a medical degree. His mother was Hannah Maria (née Duncan), a wealthy woman from Elmina in the Gold Coast. Percy, as he was known by his family, took his first year medical examinations in Cambridge but was unable to complete his training after developing cataracts. Although his condition - untreatable at that time - meant he could not qualify as a doctor, on returning to the Gold Coast he was able to use his medical knowledge advising town councils on health issues and was later also a member of the Legislative Council. He died in Accra in 1960, aged 68.

Edmund was born in 1900 in Castries, St Lucia. He gained a Government Scholarship to St Mary’s College in Castries in 1912, where he was a member of the Cadet Corps and a School Prefect. He was awarded the first ever St Lucia University Scholarship, introduced in 1918, before matriculating at Downing College in 1919 to study Medicine (see image gallery below). (His Headmaster at St Mary’s College, John Desmond Fisher, was himself a recent graduate of Downing (matriculating in 1910), which may explain why he chose this College). During his time at Downing, Edmund represented the College at boxing, reaching the Bantam Weight final of the inter-collegiate competition in 1921. After graduating the following year, he completed his clinical training at the Middlesex Hospital, continuing with his boxing and successfully representing the Hospital. After qualifying as a doctor in 1925, Dr Auguste returned to St Lucia as Medical Officer for the Fifth District in Castries before leaving to take up a new post in the Gold Coast (now Ghana) in July 1927.

Dr Auguste lived for the rest of his life in the eastern region of Ghana. He was the first qualified medical practitioner in this remote area and established a weekly surgery in a nearby town on market day to provide medical care for a much wider community. He died in 1970.

The following is based primarily on the research of Dr David Pratten of the African Studies Centre at Oxford University, with thanks for his assistance.

James Vivian Clinton was born on 6 February 1902 at Axim, Gold Coast, the son of Charles Warner Clinton, Barrister-at-Law, and his wife Muriel (nee M’Carthy), later of Accra, Gold Coast. His father was a Ghanaian lawyer of Caribbean ancestry and his mother, born in Sierra Leone, the English daughter of the Chief Justice of the Gold Coast. He was educated at a private preparatory school in East Sussex and Taunton School. The photograph below was taken in 1918 at Taunton School and shows the members of Thrones House. Clinton is seated 3rd from left on the second row (reproduced with permission of Taunton School). James matriculated at Downing on 22 October 1920. (Sadly, the matriculation photograph for 1920 has not survived). He took Part I in History before changing to Law Part II, graduating with an Ordinary BA in 1923.  He was called to the Bar at Lincoln’s Inn Field in 1924. However, after an illness rendered him totally deaf, he turned to a career in journalism, working on the Sierra Leone Daily Mail from 1932 to 1935 before settling in Calabar, Nigeria, as Editor of the Nigerian Eastern Mail established by his father.  He is pictured below with the editorial staff of the Nigerian Eastern Mail in 1937 (J. V. Clinton is seated, second from right, and his father, the proprietor, is seated, third from right).  In 1949 he was awarded an OBE for ‘services to Nigeria in the field of journalism’. After the Mail folded in 1951, Clinton held a number of posts in the Nigerian civil service throughout the 1950s and 1960s. Struggling to make ends meet, he began a new career writing short stories, often for women’s magazines under various pseudonyms.  In 1971 he published ‘The Rescue of Charlie Kalu’ under his own name with the Heinemann Secondary Readers series for schoolchildren. He died in 1973.

Remilekun Fani-Kayode was born in Chelsea in 1921, the son of Victor Kayode of Lagos, Nigeria, himself a graduate of Selwyn College. He was admitted to Downing College in January 1943, matriculating in March, studying Law (BA 1946, MA and LLB 1965). Fani-Kayode was President of the College’s Law Society from 1944 to 1945 and gave a talk to the Society in Lent Term 1945 on 'Mohammedan Law' (see image gallery below).

Remi Fani-Kayode was a prominent figure in the Nigerian struggle for independence, moving the 1958 motion for independence (from 1960) and serving as Deputy Premier for the Western Region of Nigeria from 1963 until the military coup of January 1966. (In a surprising coincidence, the 2017 exhibition of African art in the Heong Gallery at Downing College, When the Heavens Meet the Earth, included artwork by the photographer Rotimi Fani-Kayode, Remi Fani-Kayode's son.

James Clinton’s family had close ties with the Urhobo Progressive Union in Nigeria which, in 1945, raised funds to send two students from the local community to university in England so that they might return after completing their degrees to run the newly-established Urhobo College. One of these students, Ezekiel Norukior Igho, matriculated at Downing in 1945 – perhaps because of this family connection – studying Natural Sciences.

After graduating in 1948 and obtaining his Diploma in Education in London the following year, Igho returned to Urhobo to take up his position as Vice Principal at the new College, although sadly he died less than seven years later. He is pictured here in the 1945 matriculation photograph (centre, second row. DCPH/2/1/9: © Lafayette Photography Ltd).

Born in a Ghanaian village in April 1924, Albert Adomakoh rose to become Governor of the Bank of Ghana and Director of the International Finance Corporation (IFC).

Albert was educated at Kumasi Government Boys School and, after he was unable to secure a scholarship to secondary school, continued his studies privately while working in Kumasi as a bank clerk. He passed the AIB’s Professional Diploma in Banking and the London Matriculation Examination and was then awarded a scholarship by the Ashanti Confederacy Council to pursue a university degree in Economics in the United Kingdom, matriculating at Downing College in 1950 and graduating in 1953. During his time at Downing, Albert played Hockey for the College, receiving his half-colours in 1951, and also sang in the College Choir (see image gallery below). While at Cambridge, he also worked for the qualification of Barrister-at-Law and was called to the Bar in 1955, the same year he completed his professional banking qualifications.

Adomakoh was appointed Governor of the Bank of Ghana in 1965, Assistant Director-General at the United Nations Food and Agriculture Organisation in 1968 and Direct of Investments for Africa and the Middle East at the International Finance Corporation, 1970. In 2008, he was awarded the highest national award, The Order of The Star of Ghana. He died in 2016.

With grateful thanks to all those who provided information, assistance and images for the archive project and exhibition.

Newell, Stephanie, The Power to Name: A History of Anonymity in Colonial West Africa (Ohio, 2013) p.150

Pratten, D, ‘Creole Pioneers in the Nigerian Provincial Press’ in Peterson, Newell and Hunter (eds), African Print Cultures: Newspapers and Their Publics in the Twentieth Century (University of Michigan Press, 2016)

The images below, included in the archive exhibition, were collected during and after the research project (with grateful thanks to the families of our early Black students for their generosity and help in providing additional images and information). 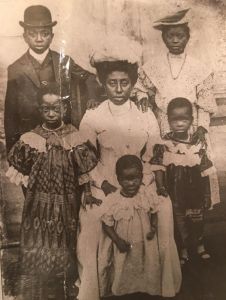 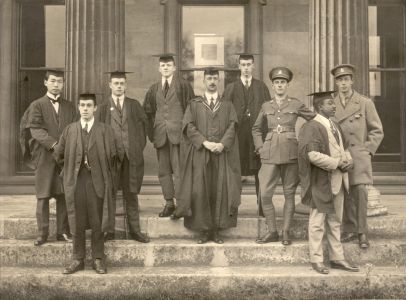 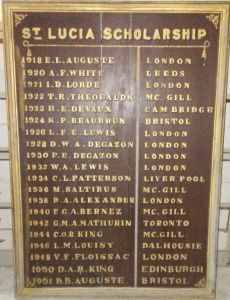 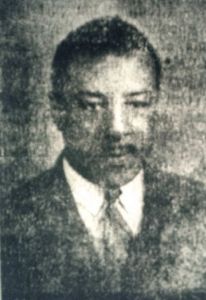 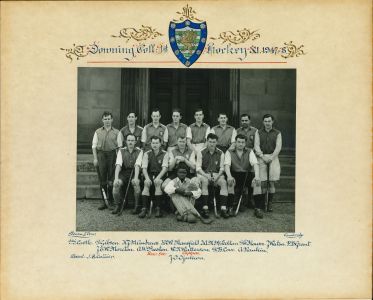 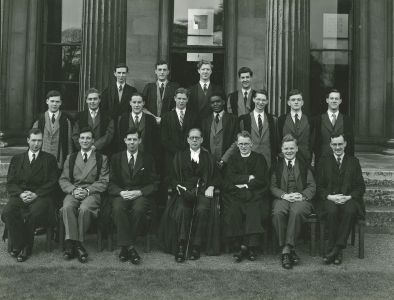 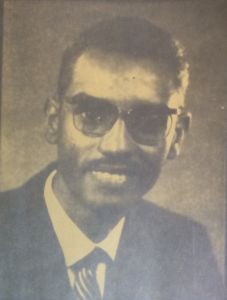 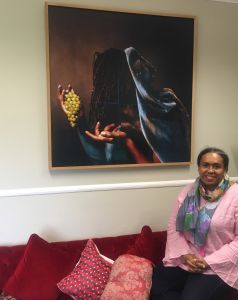 In 2017, the College Archivist began a project to identify Downing's early black students in support of the Black Cantabs Research Society. The project uncovered fascinating stories of individuals who went on to make significant contributions elsewhere.

Discover more in our online exhibition