VE Day, 'Victory in Europe' Day, 8 May 1945, marked the formal acceptance of Nazi Germany's surrender and the end of the Second World War in Europe, although the war continued against Japan until August 1945. Hundreds of Downing members served during the war, in theatres across the world. In 2010, the Alumni Association published a book on 'Downing and the Two World Wars', including the wartime and post-war memories of 68 former students. This book has been digitised to celebrate the 75th anniversary of VE Day.

Britain and France declared war on Germany on 3 September 1939 two days after Hitler invaded Poland, although war had been widely anticipated for several years in the face of German expansion in Europe. At that time, Downing College had ten Fellows in addition to the Master, Admiral Sir Herbert Richmond, whose tenure was extended by Emergency College Statutes. The effect of the war on the student body was less immediate than in 1914, partly due to the Government’s decision not to accept men for the Army before the age of 20. Wartime regulations allowed men who subsequently served in the armed forces to take their degree after only two years in Cambridge, so most undergraduates hoped to complete six terms before joining up. Downing admitted 182 undergraduates in 1939 – only thirty fewer than the previous year - and the College allowed applicants who did well in the scholarship and exhibition examinations in December to be admitted early, the following term.

Military inhabitants during the war

Early in the war, most of the East and West Ranges were requisitioned by the RAF. (Over eighty Downing students were housed in the ‘new buildings’ – the two corners of the North Range). In April 1940 the College sold the railings between the quadrangle and Paddock for £73-2s-9d as part of a scheme to provide scrap for the steelmaking industry. That October, eight bedrooms in J and K staircases (now J and M) were adapted as air raid shelters for students. In addition to RAF Cadets, Downing was also home to many other Army and Navy personnel. In July 1940, the War Office asked the College to take candidates for commissions in the Royal Engineers on short courses beginning in January 1941 and the West Lodge became the headquarters of the University Naval Division. (This was formed to train cadets on six month short courses who matriculated at Downing and other Colleges).

Changes to the Domus

In addition to the temporary military cadets staying in College on short courses, there were several visible changes to the Domus as the war progressed. In 1942 an acre of the Paddock near the Master’s garden was dug up and used to grow vegetables. In the space between the Baker buildings – now occupied by the Chapel and adjoining staircases – a large steel water tank was installed in the event of emergency fire fighting. The unsightly Naval Hut near the Kenny Gate which was left behind by the University Naval Division when they moved out in September 1944 – and was allegedly the warmest building in College in Winter! - was not finally removed until 1953. Between 1939 and the last Cambridge air raid in November 1943, there were 424 air raid warnings, with 30 civilians and 51 homes bombed. The College escaped any serious bomb damage, although a ‘dud’ bomb did hit the roof of the Porters’ Lodge on the night of the 15/16 January 1941.

The College Estates and the war effort

The College’s Cambridgeshire estates were put to good use in support of the war effort after submarines threatened food supplies for the country. After the outbreak of war, at which point around 70% of the College’s estates consisted of poor grassland, much effort was put into improvements which resulted in a bumper harvest in 1943, when more food (mainly potatoes, wheat and other cereals) was grown than had ever been recorded before. More than 2,000 trees were felled to supply timber for the war effort and logs to reduce coal usage in College. (The entirety of the College’s west Cambridgeshire estate was sold in 1945 on the advice of the economist Lord Keynes – then a Fellow and former Bursar of King’s. The income from the sale part-funded the completion of the North Range and the Chapel, built between 1950 and 1953).

The exact number of Downing members who served during the Second World War is sadly not known. Unlike during the First World War, there was no comprehensive War List printed afterwards and The Griffin contained only sporadic obituaries and no updates for those serving in the Forces. Fifty-five students, alumni and staff lost their lives during or as a result of serving in the war, including Mr C. Elsden, the College Clerk – the only member of staff. He joined the RAF in 1941 and was killed in 1943, aged 21. Of the College’s Fellowship, James Grantham, the Bursar, joined the Royal Naval Volunteer Reserve in January 1941 and served in the Far East. (Mr A J Imms, University Reader in Entomology, held the posts of Bursar and Steward in his absence). Dr Hugh Hamshaw Thomas served in the Royal Air Force until 1943, interpreting aerial reconnaissance photographs and retiring with the rank of Wing Commander, and Dr Holmes served in the Royal Army Medical Corps. Downing student David Holbrook (1941), who would much later be elected as a Fellow in English at Downing, wrote the semi-autobiographical and highly-acclaimed novel Flesh Wounds (published in 1966) about his experiences in Cambridge and serving in the army as a tank commander during the Normandy campaign.

Return to Downing and the College War Memorial

After the war ended in 1945, many ex-servicemen returned to the College, including some of those who had been at Downing on short cadet courses applying to study for normal degrees. (The wartime regulations allowing extra terms for military service continued for some time after the war). The College gave precedence to applications from ex-servicemen, although such were the numbers of applications that it was unable to offer places to all of them due to restrictions on space.

The College’s War Memorial to those who died in service during the Second World War was unveiled in College on 25 September 1948, in a ceremony attended by relatives and members of the Alumni Association. The full Roll of Honour is available here. 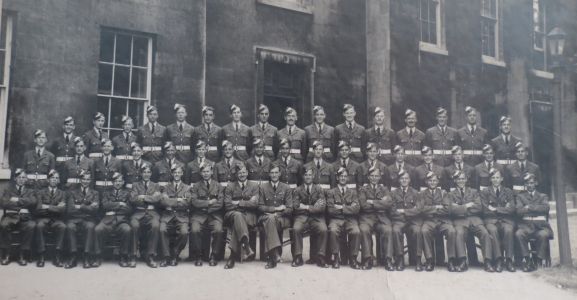 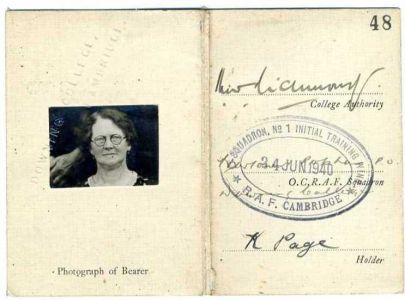 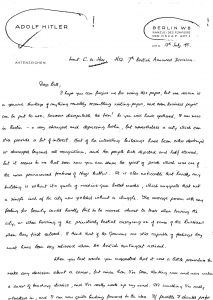 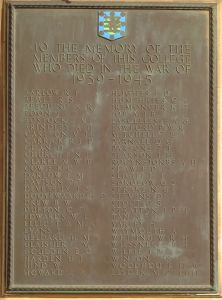 In 2010, the Alumni Association published a book including the wartime and post-war memories of 68 former students. This has been digitised to celebrate the 75th anniversary of VE Day.