40 Years of Women at Downing: A brief timeline

HomePeopleAlumni and Development40 years of women at DowningA brief timeline

The admission of the first women

Downing College admitted its first female students – twenty-two undergraduates and two postgraduates – in October 1980, although the first formal steps to this important and historic change had begun several years earlier.

On 21 January 1977, it was agreed by the College’s Governing Body that the time was right to ‘consider whether the circumstances are now favourable for the admission of women’. This decision followed lengthy discussions throughout the early 1970s on the issue of co-residence following the admission of women to Churchill, Clare and King’s Colleges in 1972, resulting in the establishment of a Co-Residence Committee in the College. Exploring the various options, initial approaches had been made to Girton College in 1974 to discuss the possibility of a closer relationship between the two Colleges and, in January 1976, Downing’s Governing Body authorised the Master to claim ‘a place in the queue of Colleges waiting to admit women’. The following month, students passed a motion urging the College "to keep the future admission of women under active review". A co-residence referendum was held by the Amalgamation Club in early 1977 and the results - overwhelmingly in favour (182 for, 84 against with one abstention) - were announced at an Open Meeting on 5 May.

On 6 May 1977, a special meeting of the Governing Body resolved that the crucial words ‘No women shall be Master or Fellow or member of the College’ should be deleted from Statute I and, on 20 January 1978, it was resolved ‘that women be admitted as members of the College in statu pupillari in October 1980’. Downing’s first female Fellow, Dr Jane Weston, University Demonstrator in Metallurgy and Materials Science, was elected in July 1978 and that same year new Fellow Barry Everitt made the first offer to a female prospective medical student, for admission in 1980. By then, the College had elected its second female Fellow, the Graham Robertson Research Fellow Janthia Yearley, and in October welcomed its first female students, twenty-two undergraduates and two postgraduates.

Women at Downing: 40 years on

Since the election of Downing’s first female Fellow in 1978 and the admission of its first cohort of women in 1980, the College has welcomed more than 2,950 female students and 46 female Fellows, all contributing in their own ways to make the College a place of welcome, diversity and inclusion.

Please get in touch if you have memories or memorabilia to share from your time at Downing or if you have any additional thoughts or comments.  Contact Jenny Ulph, College Archivist: archivist@dow.cam.ac.uk

1986 – PD James elected as one of the first Associate Fellows; the PD James Prize for Creative Writing is established that year

1988 – Dr Cathy Phillips elected Fellow in English; today she is the longest-serving female Fellow, more than 30 years after her election

1999 – Joanna Maitland Robinson elected one of the founding Wilkins Fellows 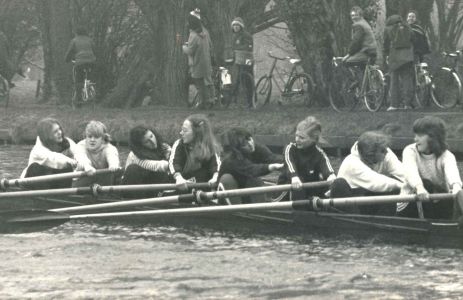 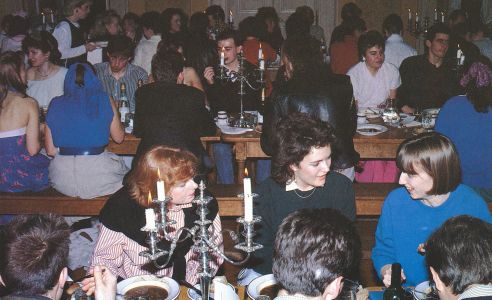 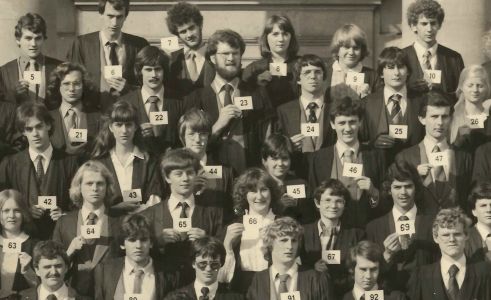 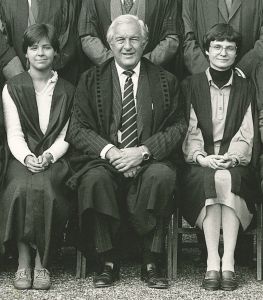