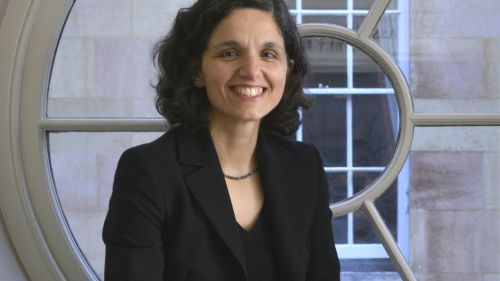 Professor Zoe Kourtzi, Fellow of Downing and of the national centre for AI and data science The Alan Turing Institute, was featured on the BBC this month talking about the testing of a new artificial-intelligence system of dementia prognostication.

The system is thought to be capable of diagnosing dementia after a single brain scan, providing earlier diagnoses which could greatly improve patient outcomes. Professor Kourtzi explains, "If we intervene early, the treatments can kick in early and slow down the progression of the disease and at the same time avoid more damage."

Professor Zoe Kourtzi's profile in our Directory of Fellows.