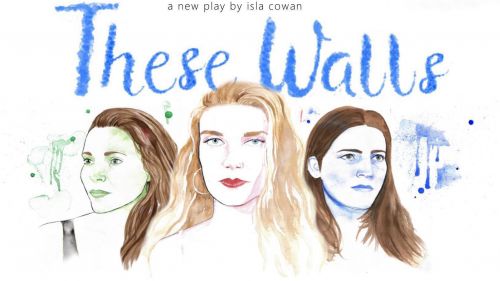 On Saturday 5 August the Downing Dramatic Society will present These Walls, the story of three trapped young women.  This is a phenomenal piece of new writing from young Edinburgh playwright, Cambridge graduate and winner of the 2017 Downing New Writing Festival Isla Cowan. The all-female cast, led by director Josh McClure, explore issues of objectification, expectation and connection through a fresh, raw and captivating script.

Downing Dramatic Society is a flourishing student society and to mark the opening of this exciting new production at the Edinburgh Festival Fringe, the College Archivist has published a new ‘From the Archives’ article celebrating Downing alumnus, Hamish Henderson (1938), a celebrated Scottish poet and songwriter who has long been considered the Father of the Fringe.

Hamish Henderson (1919-2002), who studied French and German at Downing College, enjoyed a successful career at the University of Edinburgh, where he helped to found its School of Scottish Studies.  His efforts brought recognition to talented traditional singers and ensured the survival of the Scots ballad tradition.  In 1983, in protest against Trident, Henderson turned down his OBE and, as a result, was voted “Scot of the Year” by listeners of Radio Scotland.

He is, however, best remembered for being instrumental in creating the first Edinburgh People’s Festival in 1951, a left-wing competitor to the Edinburgh Festival and the forerunner to the current Edinburgh Fringe.

Buy tickets for These Walls.

Discover more about Hamish Henderson in the From The Archives article.