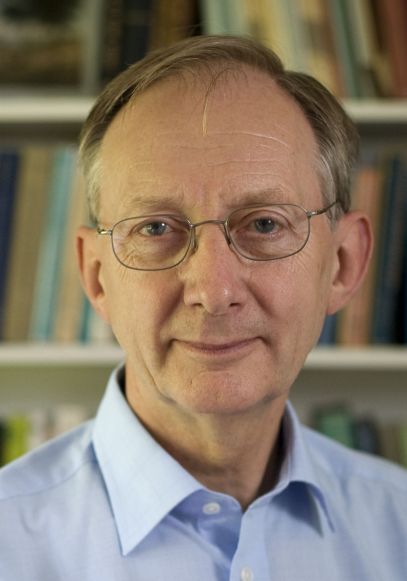 Very few theoretical physicists could hold an audience of young Harry Potter fans spellbound but Sir John Pendry has no such difficulty. They actually seek him out. After all, nothing captures the romantic imagination quite like the concept of a fully-functioning Invisibility Cloak.

Hailing from Manchester and graduating from Downing with an MA in Natural Sciences, he immediately took up a position as a Research Fellow at the College and then spent five at the Daresbury scientific research laboratories in Cheshire before being appointed to the Chair in Theoretical Physics at Imperial College, London.

Professor Pendry’s initial PhD. studies focused on low-energy electron diffraction (LEED), though he has since worked in many fields. In recent years he founded the subject of artificial materials since renamed 'meta-materials'. These have revolutionised many areas of electromagnetism and even touched the popular imagination by showing how to bend light around an object, thereby rendering it invisible. Another branch of his recent work involves the development of a perfect lens, itself a notion treated with considerable scepticism in scientific circles until Professor Pendry proved otherwise.

He was appointed Honorary Fellow of Downing in 2004 and when not redrawing the boundaries of popular fantasy and scientific reality, likes to play the piano.