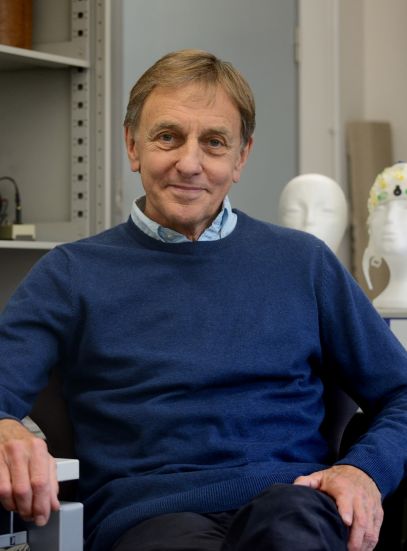 A list of Sir Colin Blakemore’s achievements in the field of Neuroscience, especially in relation to vision and the development of the brain, would fill a small library. After graduating with a First in Medical Sciences at Cambridge, he completed a PhD at the University of California Berkeley in just 30 months - a record for the University. At 32, he was the youngest person ever to give the BBC’s prestigious Reith Lectures on BBC Radio and has gone on to be recognised as one of the foremost communicators of scientific knowledge to a wider public audience, instrumental in building the popularity of media science through such visionary programmes as The Royal Institution Christmas Lectures in 1982 and a 13-part BBC TV series, The Mind Machine, in 1988.

As head of the Medical Research Council, Sir Colin oversaw a radical restructuring of funding and organisation such that the work of young researchers in the wider scientific community gained the benefits of a previously unprecedented level of financial protection and support.

In the years since his tenure as Director of Medical Studies at Downing in the 1970s, Sir Colin has championed many not-for-profit organisations and medical charities, including SANE and the International Brain Injury Association. He is also President of the Motor Neurone Disease Association and The Brain Tumour Charity.

He was knighted in 2014 for services to scientific research, policy and outreach and, in the little spare time at his disposal, Sir Colin has managed to complete eighteen marathons.