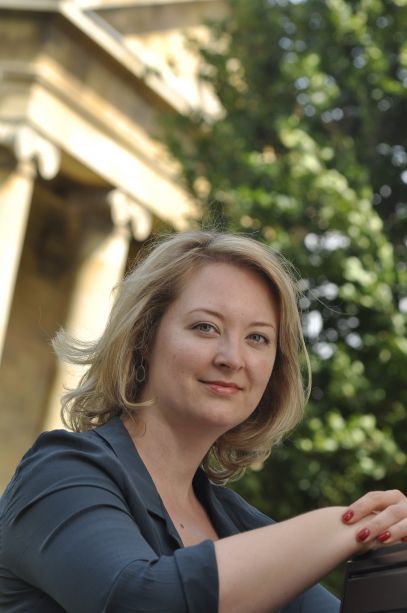 Fellow Development Ambassador, Director of Studies in English for the Foundation Year

Sarah Kennedy is the RJ Owens Fellow in English, Development Ambassador, and Director of Studies for the Foundation Year at Downing. She completed her BA (Hons.) and LLB (Hons.) at the University of Melbourne, Australia, and her PhD at St John's College, Cambridge.

She has given lectures and talks in the UK, US, Australia, and Italy, and has appeared on Sky Arts speaking about the poetry of T. S. Eliot. In 2017 she was a Visiting Fellow at Pomona College, Claremont, California. Her essay, "'We reason of these things with a later reason': Plain Sense and the Poetics of Relief in Eliot and Stevens" was awarded the John Serio Award 2019 at the 2020 MLA. The prize is awarded by a committee from the Board of The Wallace Stevens Journal, and recognises the best essay published in the year's two issues.

Sarah’s research interests fall within twentieth-century and contemporary Anglophone poetry, film, and fiction, early and high modernism, metaphor, close reading and the ethics of attention, narrative in film and prose fiction, nature-writing, vibrant materialism, and ecopoetics, the pelagic imaginary, the energy unconscious, trauma, literary motherhood, the uncanny, literary self-conception, originality, and allusion. She is especially intrigued by questions of poetic influence and the literary afterlives of poets.  She is also interested in the postcolonial literatures of the Pacific, including Aotearoa/new Zealand and Australia, and in trans-regional encounters between these literatures and modernist diasporas.

Her 2018 book T. S. Eliot and the Dynamic Imagination (Cambridge University Press) on metaphor and the imagination in the work of T. S. Eliot follows in the tradition of histories of the Romantic and Victorian poetics of originality, but focuses on the twentieth-century legacy of those histories and their interrelation with parallel fields of knowledge. It charts the relations between metaphor and creativity in Eliot's poetry and criticism through their affinities with discursive developments in 'new physics', optics, colour theory, psychology, and anthropology.

She is currently working on a variety of creative projects as well as an academic monograph tentatively titled The Self Made Strange: Landscape and Self-Estrangement in Postwar Lyric Poetry. This study explores metaphors of place as the key to the processes of transmission and assimilation (as well as the vertical pressure of literary influence) that generate creative and ethical tensions within the lyrical selfhood of three exemplary mid-century poets: Seamus Heaney, Elizabeth Bishop and Judith Wright.

Sarah teaches for Practical Criticism and Critical Practice across all three years and 7b (English Literature and its Contexts 1870-the present) at Part I, and supervises dissertations across a range of papers.  At graduate level Sarah teaches for the MPhil in Multi-disciplinary Gender Studies offered by the Centre for Gender Studies.

In 2020 Sarah was a finalist in the CUSU Student-Led Teaching Awards.

Kennedy, Sarah. ‘the water is in my thinking now’: Alice Oswald, poikilomēsis and classical presences’, The Yearbook of English Studies, 51 (2021), 139–61