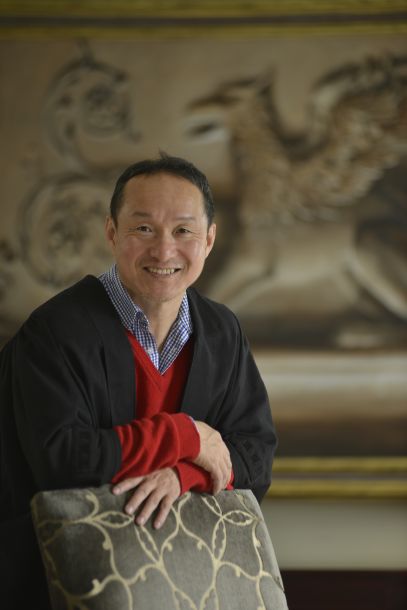 Initially trained as a pure mathematician, my passion has migrated to applied sciences. I have been experimenting with classic numerical methods: Finite Difference, Finite Volume and Finite Element Methods. My real expertise lies, however, on Interface Tracking Method and the modelling of the physical phenomena on the interface.

My current research focuses on the investigation of multiphase flows using state of the art numerical methods. Multiphase flows consist of “active” regions with sharp change of physical quantities (close to liquid-liquid interfaces) and more “passive” regions where the flow is more uniform. My adaptive grid method utilizes fine grids in the “active” regions and coarse grids in the “passive” regions. It dramatically improves the computational performance. My numerical method is used to investigate fundamental phenomena involved in multiphase flows, including viscoelasticity, surface tension, surfactant, contact line and triplet point. I am currently working on the following projects:

1. Polymeric fluids: the addition of a tiny amount of polymer to a Newtonian fluid can dramatically change a flow system. For instance, addition of 100 ppm polymer delays by one hundred times the breakup of a water jet. This project investigates the complex behaviour of flow systems as a consequence of Non-Newtonian constitutive state laws.

2. Surfactant Problem: Surfactants are “impurities” such as soap, detergent and food grease, which form a thin layer on the surface of a liquid. They can prolong the merging rate of liquid droplets hundreds of times and significantly reduce the bubble rising speed in liquid. This project studies numerically the Marangoni effect due the variation of surfactant concentration on the liquid surface. Progress was made by discovering a new regime of bubble breakup.

3. Three-phase flows and triple points: many biomedical, chemical, and industrial processes involve mixtures of three or more liquid components. There have been few theoretical and numerical studies of flows containing three or more components compared to the large body of research for two-phase flows. This is partly due to the difficulties in dealing with hydrodynamics associated with interfaces and triple junctions. In the frame work of an Arbitrary Lagrangian Euler finite method, I have developed a novel adaptive numerical method to model accurately this type of flow.