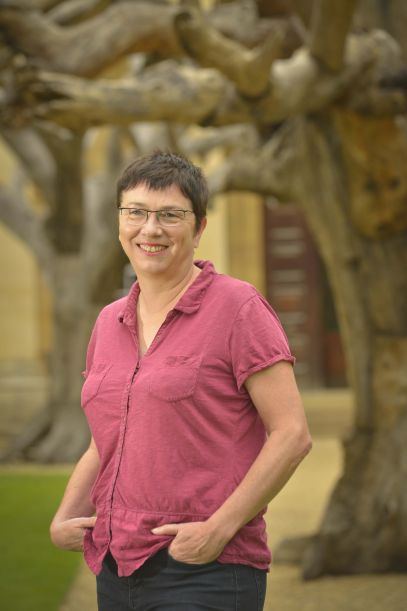 Director of Studies in Asian and Middle Eastern Studies

I teach courses on modern Japanese society at the Faculty of Asian and Middle Eastern Studies, where I am the Secretary of the Degree Committee and the Director of Graduate Affairs. In my own research, I have always been intrigued by questions of the cultural and social embeddedness of seemingly natural, bodily matters and daily life. My master's thesis explored childbirth and midwifery, especially the incorporation of midwifery into police administration and of the introduction of concepts of hygiene in modern Japan. My doctoral dissertation dealt with sleep, including the relationship between sleep or sleep-reduction and prosperity; sleep and rejuvination as preparation for work or as contrary to the work ethic; ideology of early rising; sleep as leisure or sleep as opposed to leisure; gender distinction; inner-family relationships; public sleep and behaviour in public places; various aspects of fear and matters of securing sleep and the sleeper. I have also attempted to conceptualise sleep as an anthropological and sociological practice. Currently, I am finishing two last books on sleep. In spring and summer 2012, as a Visiting Researcher at Keio University in Tokyo, I conducted field work in tsunami evacuation shelters in Yamada (Iwate prefecture) to understand how people have coped with their situation after losing their house, and often their job and people close to them. http://www.japanfocus.org/-Brigitte-Steger/3833 My other main research projects investigate notions and practices of cleanliness in contemporary Japan as well as how people in pre-modern Japan dealt with the marshalling of time according to daily schedules. I am a council member of both the European Association for Japanese Studies (EAJS) and the Japan Anthropology Workshop (JAWS), and will be the Secretary General of JAWS from 2014.

with Tom Gill and David Slater (eds): Higashi-Nihon daishinsai no jinruigaku. Tsunami, genpatsu jiko to hisaishatachi no 'sono go' (Anthropology of the earthquake disaster in Northeastern Japan. The 'aftermath' of the tsunami, nuclear accident and their victims). Kyoto: Jinbun Shoin, March 2013