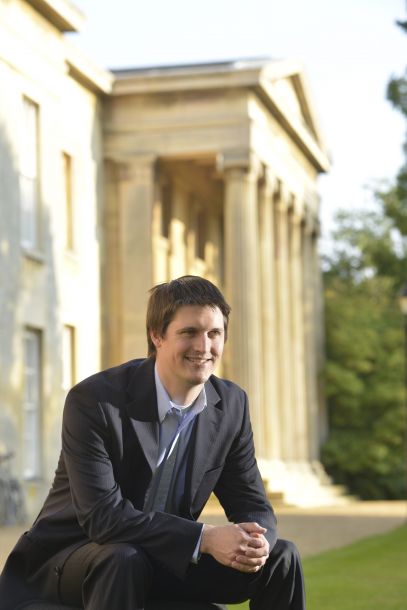 Andrew graduated in Chemistry from Hertford College, Oxford having undertaken a year in the laboratory for his MChem project focusing on molecular biology. His enthusiasm for the topic led Andrew to join St. John’s College, Cambridge to study towards a PhD under the supervision of Dr Jonathan Spencer. The work was based at the Department of Chemistry and utilised mass spectrometry to study the biosynthesis of natural products used in the treatment of MRSA and other antibiotic resistant bacteria. In 2009 he was awarded a MRC Career Development Fellowship at the MRC Laboratory of Molecular Biology to apply his knowledge of mass spectrometry to the elucidation of the structure and function of protein complexes. After three years that the Laboratory of Molecular Biology he returned to the University of Cambridge to head a experimental research team at the Cancer Research UK Cambridge Institute within the group of Florian Markowetz. His current research focuses on combination of proteomics and genomics to elucidate the dynamics process that govern the oestrogen receptor, a molecule that drives approximately 70% of all breast cancer cases in the US and Europe. In 2013 he was appointed as a Bye-Fellow of Downing College and supported the College through supervision of students studying Biochemistry and Molecular Biology. In 2015 he was appointed as a Fellow. Alongside his academic research, Andrew has worked hard to promote science and engagement with the public. He has written for the Guardian, presented for the BBC and convinced and trained scientists to do stand-up routines about their research at local comedy venues. This work lead him to be named by the Royal Society of Chemistry as one of the 175 Faces of Chemistry and in 2015 he was awarded the inaugural Rising Star in Research Engagement Prize from Cancer Research UK.

Andrew's research publications can be followed on on Google Scholar.