There have always been women living and working at Downing College, since the first official residents – Sir Busick and Lady Elizabeth Harwood – moved into the East Lodge in 1812, closely followed by the second Master, William Frere and his wife Mary in the Master’s Lodge. In addition to Masters’ wives and their children, Downing has also been the home to the families of Professors and staff, many of whom lived around the Domus throughout the nineteenth and early twentieth centuries.

Even before the College’s foundation in 1800, two Downing women had had a significant impact on its creation and future health. The estrangement of the Founder, Sir George Downing, 3rd Bt, and his wife Mary – who tried (unsuccessfully) to divorce him on account of their mutual ‘disgusts and aversions’ - prevented the birth of inheriting children and led to his 1717 will which named four male heirs, then made a final provision for the foundation of ‘Downings Colledge’ if none survived – incredibly unlikely at the time! Lady Margaret Downing, widow of the last surviving heir, the 4th baronet, who died in 1764, contested the validity of this will over her late husband’s and effectively delayed the foundation of the College by 36 years, by which time costly litigation had significantly depleted the value of the endowment. Her imposing portrait by Thomas Gainsborough now hangs in the SCR after many years overlooking students in the Hall.

Lady Elizabeth Harwood and Mary Frere continued this tradition of strong Downing women, it seems. Lady Harwood tried to influence the electors of the second Master, initially in favour of her husband, after the death of Sir Francis Annesley in 1812. Her ghost is rumoured to haunt the East Range. Mary Frere was the first resident Lady in the Master’s Lodge and was an unconventional Master’s wife at the time. She was a recognised socialite who presided over a lively social scene at Downing which included musical parties and theatricals – to which the College’s tenants and tradespeople were invited, at a time when the Masters and their wives usually socialised separately to the rest of the University. Despite her artistic inclinations, Mary Frere also took a great interest in arboriculture and was closely involved in the planning and planting of trees around the Domus and the establishment of a working farm in its south-west corner.

The first female staff member at Downing was Mrs Susan Barton, who was appointed as the College Laundress in May 1815. By the time of the 1851 Census, female residents in College surprisingly outnumbered male residents. In addition to female domestic and catering staff, Downing was unusual in allowing its Professors to marry and so the Professors of Law and Medicine often raised their families in the West and East Lodges respectively, with female housekeeping staff, governesses or nursemaids, at a time when student numbers were low due to the scarcity of rooms. In the mid-nineteenth century, therefore, young children of Professors and staff often outnumbered undergraduates living in College! Women have played a significant role in the day-to-day running of the College throughout its history. Female bedmakers and cooks worked alongside male ‘servants’ and gyps in Downing from its earliest years. The first College Nurse, Sister Brady, was appointed in 1945 and worked at the College until 1968. The Alumni Newsletters around this time and before frequently reported the retirement of bedmakers and other staff after forty years or more in College, with several generations of the same family often working in Downing (as remains the case with some staff in College today).

Comparatively little was known about the significant women who lived in Downing before the 1970s and beyond the living memory of those in College today. However, recent research has shed more light on some of these. As in recent years, they were often interesting and significant women in their own right who supported the College and were much loved by students and staff. Margaret Saunders, wife of Reverend Saunders (Tutor, 1877-1902, Chaplain and President of the Boat Club), lived in the East Lodge for 25 years. She is believed to have planted the wisteria which still grows in front of the building more than 100 years later and jointly agreed with her husband to gift the land on which the Boathouse is now built in 1895. Across the College, Florence Maitland (later Lady Darwin) lived in the West Lodge from 1888 to 1906 with her husband, Professor of Law Frederic Maitland, raising their two daughters Ermengard and Fredegond. Florence was a first cousin of Virginia Woolf, a playwright and musician who delighted the composer Tchaikovsky when he stayed with the family in June 1893.

In the Master’s Lodge, Violet Marsh joined her husband Professor Howard Marsh (Master, 1907-15) in attending and hosting local meetings in support of the election of women to local governing bodies and became Patron of the 1st Cambridge Sea Scouts in 1913, becoming a ‘real mother’ to many after the outbreak of war. Her successor, Marion Seward, wife of Sir Albert Seward (Master, 1915-1936), continued this tradition. She helped found the Cambridge Branch of the National Union of Women Workers in 1912 and her work through the Tipperary Club supported soldiers' wives, children and relatives during the war. She was also a skilled watercolour painter and illustrated many of her husband's Botany books. Lady Ethel Whitby, wife of Sir Lionel Whitby (Master 1947-56), studied Medicine at Newnham from 1917. She assisted her husband during the Second World War when he commanded the Army Blood Transfusion Service and may have been the first woman ever to gain a commission in the RAMC, rising to the rank of Major. Her successor in the Master’s Lodge, Adele Guthrie (wife of Professor Keith Guthrie, Master 1957-72), won one of four free passages to the UK in 1927 after gaining a double First in Classics in Melbourne, repeating this achievement in the Classical Tripos while at Newnham and gaining a starred First in Part II (matching her later husband’s own academic achievements).

Margaret Saunders may have been the first female benefactor in the history of the College, if the gift of the Boathouse land to the College in 1895 was indeed a 'joint-initiative' with her husband (as recorded in her obituary in The Griffin), although the legal deeds are, unsurprisingly, in her husband's name. Muriel and Agnes Kenny – daughters of Downing Professor of the Laws of England, Courtney Stanhope Kenny – became the College’s first major female benefactors in their own right in the late 1950s. They had already funded the Kenny Gate in memory of their father who died in 1930, but through their generosity the College was able to build two residential blocks, Kenny A and B, in his memory in the early 1960s, at a time when additional student accommodation was in desperate need.

As the planned physical exhibition celebrating the 40th anniversary of the first female cohort was not possible, an online archive exhibition has been created to mark the anniversary and share the results of the three year research project. 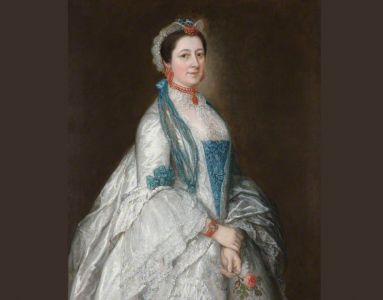 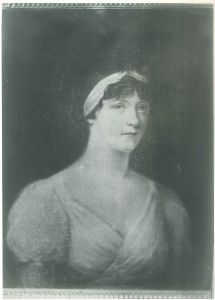 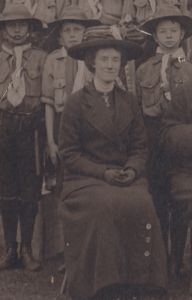 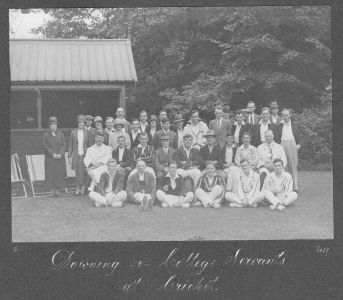 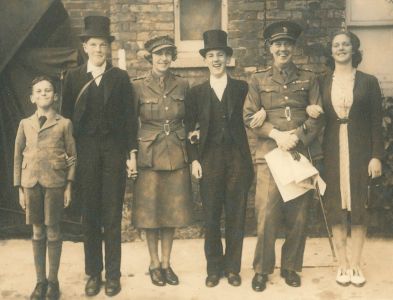 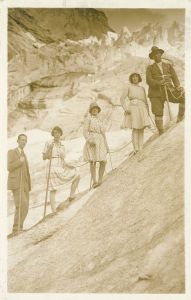 40 years of women at Downing