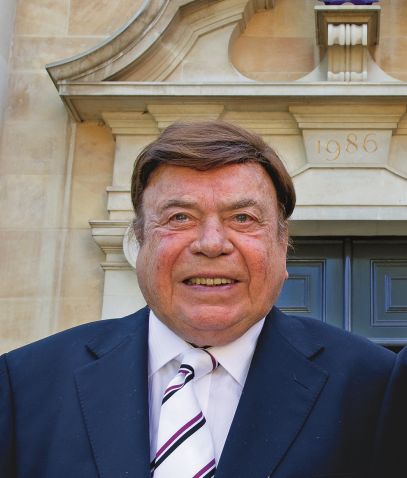 Dr Alan Howard is the nutritionist – and later, noted philanthropist – who developed the science behind the world-famous 'Cambridge Diet', a 'Very Low Calorie Diet' formula, which is still being sold worldwide after 40 years!  A Norfolk junior chess champion and youthful adventurer (he cycled from Norwich to Venice just after the end of the Second World War), Dr Howard won a place to read Natural Sciences at Downing and went on to gain his PhD in 1955.

He proceeded to devote much of his subsequent life’s work to research into the causes of coronary heart disease and the treatment of obesity before establishing a charitable trust, The Howard Foundation, in 1982, which has since made many significant donations to Downing, most notably in the form of the Howard Building, Howard Theatre and Howard Lodge; all of which continue to enhance the cultural life of the College.

Dr Howard was awarded a Fellowship of the Royal Society of Chemistry in 1968 and became one of Downing College’s first Wilkins Fellows in 1999. Ten years later, in recognition of his outstanding contribution to the field of philanthropy, he was presented with the Chancellor’s 800th Anniversary Medal. The University of Ulster and Waterford Institute of Technology (Ireland) have also awarded him with honorary fellowships in honour of his collaborative research and endowments from the Howard Foundation, which have advanced our understanding of potential treatment for Age Related Macular Degeneration and Alzheimer’s.