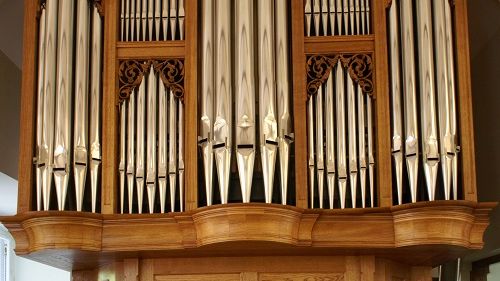 Mr Martin Baker, Master of Music at Westminster Cathedral and Honorary Fellow of Downing College, has been appointed as President of the Royal College of Organists (RCO), taking up his new role from 1st July 2017.

As Master of Music at Westminster Cathedral, Mr Baker directs the Cathedral’s world-famous choir and leads its music programme.  He is internationally renowned for his skill in organ improvisation, and regularly performs recitals throughout the UK and abroad. Martin Baker is photographed (above) with the Master of Downing College, Professor Geoffrey Grimmett.

For more information, see The Royal College of Organists website.