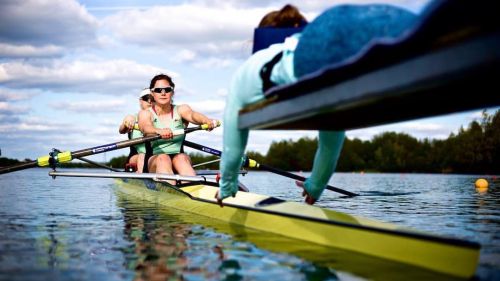 Hill and Wilson are part of the 64 strong Team that have been selected to represent Great Britain at the World Rowing Championships in Sarasota-Bradenton, Florida, between Sunday 24 September and Sunday 1 October 2017.

Holly Hill, who is studying Human, Social and Political Sciences, has previously represented Great Britain at the World Rowing U23 Championships in 2015 and 2016.

Looking forward to the Championships, she said, "We're just about to head to Italy for a 3 week training camp and although it'll be a big work camp for us, we're looking forward to making the most of the sunshine and flat water.  The conditions out there will be quite similar to those we'll face out in Florida so it's a great chance to start acclimatising and see what speed we can find in the conditions."

Everyone at Downing College wishes Holly and Melissa the best of luck in Florida next month!

The full story is on the Cambridge University Womens Boat Club website.