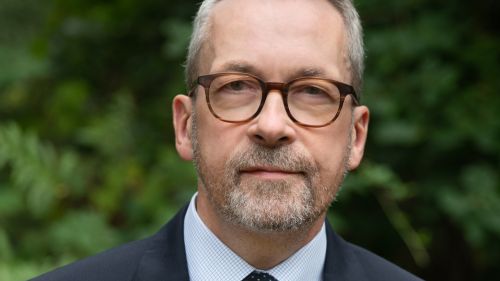 We would like to extend our congratulations to Downing alum Ian Bauckham CBE (1981) who has been awarded a knighthood by His Majesty the King in recognition of his services to education at a national level.

Sir Ian started his career as a teacher of French and German after graduating with a first class degree in Modern and Medieval Languages. Sir Ian is currently CEO of the Tenax Schools Trust and played a leading role as chair of the Oak National Academy which was initiated to provide good quality remote education during the pandemic. He also serves as chair of Ofqual which has overseen the successful reintroduction of examinations after the disruption of the pandemic and has led important national reform programmes in initial teacher training, relationships and sex education (RSHE) and the teaching of modern foreign languages.

Commenting on the announcement, Sir Ian said: “I was surprised and humbled to receive this honour.  It has been a huge privilege to have worked alongside so many exceptional leaders and colleagues in all areas of education where I have been able to make a contribution in recent years.

To bring about change and improvement is rarely easy and always requires clear vision, collective effort and resilience.  I am very grateful both to those who have given me the opportunities to play a part across a range of roles and projects, and to those who have worked incredibly hard to deliver in the interests of our young people.”