The Cranworth Law Society celebrates its centenary on 26th January. Its foundation meeting was held on that date in 1921 in the West Lodge residence of Professor Hazeltine, Downing Professor of Laws of England. The first term saw two meetings and a joint debate with Jesus College Law Society on the motion: “That irresistible impulse should be recognized as a defence in English law”.

The Society was named in memory of Robert Monsey Rolfe, Lord Cranworth. He was born in 1790 and went to Trinity College, graduating as 17th Wrangler in 1812. In 1815 he was elected a Fellow of Downing and took silk in 1832, when he also became a Member for Penryn. He was knighted and made Solicitor-General in 1834. In November 1839 he accepted a judgeship as one of the Barons of the Exchequer and was raised to the peerage in 1850. He held the Great Seal as Lord Chancellor for five years from 1852 and from 1856-7. He died in 1868.

Professor Kenny's portrait of Lord Cranworth (pictured above) is now part of the College collection.

Early meetings discussed a wide range of topics, often meeting several times each term. Remi Fani-Kayode (1943), President of the Society in 1945 and later a prominent political figure in the Nigerian struggle for independence, gave his President's Talk in Lent 1945 on "Some Aspects of Mohammedan Law", highlighting "legal systems and functions of law motivated by [different] aims" (Griffin, Lent 1945).

Today, the Cranworth Society prides itself on being the largest student-run College law society in Cambridge. All undergraduates studying Law are automatically members, but the Society also welcomes students considering Law. The Society is active throughout the year, hosting speakers and social events, professional networking events and a biennial alumni dinner, in addition to the annual dinner in College. Recent guest speakers have included Lord Dyson, Baroness Hale, Professor Lizzie Cooke, Lord Lloyd-Jones and Farmida Bi. In 2019, the Cranworth celebrated the 50th anniversary of its annual Moot with Magdalene College with its fifth successive win.

The Cranworth Law Society's recent activities have moved online as a result of COVID-19, with presentations, social events and a Q&A session with leading members of the judiciary. An exciting new project, particularly fitting as the Society celebrates its centenary, is the launch later this year of the Cranworth Annual Law Review, a journal for students to publish and discuss current legal issues as well as a record of the Society's activities.

A selection of images from the archive and recent events can be viewed below. 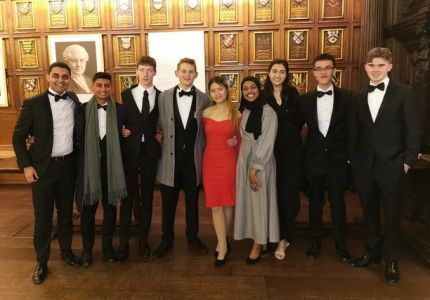 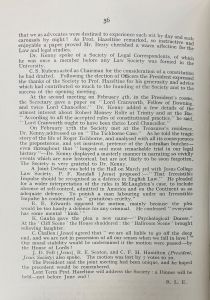 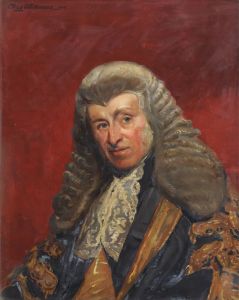 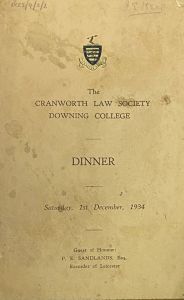 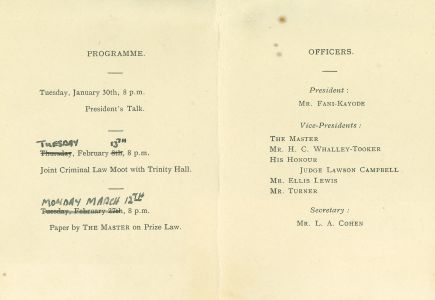 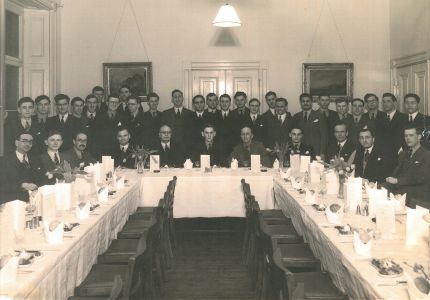 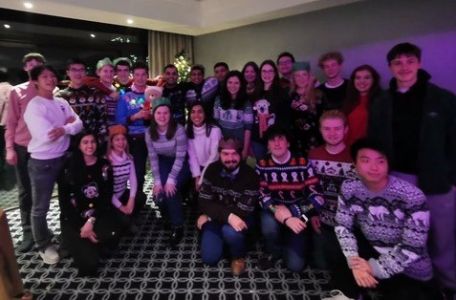 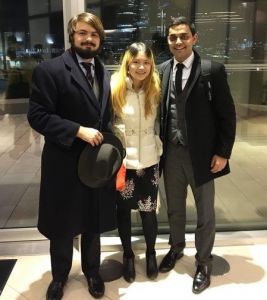 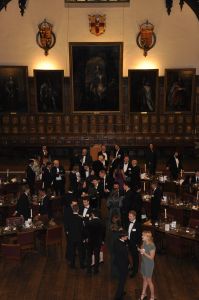 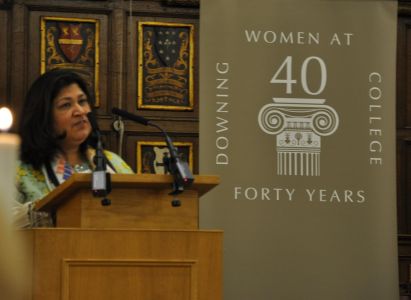